The ruins are made up of terraces staggered, where they cultivate products related to the cult to the Sun is one of the things you can find in this important place of Cuenca Ecuador.

Pumapungo is an archaeological park, located in the Historical Center of the city of Cuenca. It was erected at the end of the 15th century and inside were the Temple of the Sun and the convent of the Virgins of the Sun, which were part of one of the most imposing and beautiful cities of the ancient Inca empire, Tomebamba which had buildings dedicated to political, administrative and religious use.

The ruins of Pumapungo, are the largest set of Inca archaeological remains south of Ingapirca. It represents a recognition of the values of the Cañari or Inca, which have left a perennial mark of their identity in the city of Cuenca and its surroundings.

At the bottom of the Cuenca Pumapungo Museum you can see the entrance to a tunnel more than thirty meters long that served as a mausoleum and symbolized the underground world, home of the wacas and the spirits of the ancestors. You can also see structures that make up a large irrigation channel and a ritual bath that was intended for the purification of bodies.

The Pumapungo Archaeological Park has the support of UNESCO and is at the service of the community.

History of the Pumapungo Museum

The origin of the Pumapungo Museum goes back to 1978, with the creation of the Research and Culture Center of the Central Bank of Ecuador in the city of Cuenca, and the acquisition and reception of the first cultural collections: The libraries of Victor Manuel Albornoz and Alfonso Andrade Chiriboga, the archaeological donations of Mr. Guillermo Vasquez Astudillo, the Collection of the Father Crespi, the ethnographic collection of Luis Moscoso Vega, among others.

As a consequence of the high number of cultural goods acquired by the Central Bank in Cuenca, the need for a larger and more appropriate premises for the conservation and enhancement of these goods soon became apparent. Because of this, the Central Bank proceeded to rent a building in the center of Cuenca in order to properly meet the needs of its museum.

In 1980, the Central Bank acquired the land of the Borja school in the Jesuit community. On July 30, 1992 the new Pumapungo Museum is inaugurated, the largest and most complete museum in the southern region of the country in the new and imposing buildings of "brutalist" architectural style of the Central Bank of Ecuador.

The complex of Pumapungo, located in the parish of San Blas is composed of the Museum, the Ancestral Park and the Theater.

What to see in the Pumapungo Museum

With the reopening of the National Hall of Ethnography in the Pumapungo Museum in Cuenca, 'Athens of Ecuador' has a new space available for cultural tourism. This city is one of the most attractive for visitors from all over the world.

The National Hall of Ethnography is classified in six spaces. The visit begins with the introductory area, in which a guide is in charge of explaining about each ethnographic object, the peoples and nationalities of Ecuador, diversity in language, clothing and other generalities.

Then we cross to the equatorial Pacific Coast, where traditional dances (such as marimba), ways of life and fishing stand out. In the area of the Ecuadorian Andes, festivities and clothing for large popular events are visible, such as the Black Mother of Latacunga and the famous Pass of the Travelling Child of Cuenca.

Upon arrival in the Ecuadorian Amazon, a space that shows the housing system, hunting, rites and customs of the Shuar culture, the visit culminates with a visit to the exhibition rooms of the myths and healing of the Tzantzas (reduced heads of the Shuar groups) and the entrance to the room of spiritualities, in which one learns about the cleansing and healing sessions performed by the taitas and mamas of the Coast, the Andes and the Amazon.

"It's a wonder, in an hour I traveled around Ecuador and learned what we have, what we are and where we come from. For a moment I felt that I was in these places. The rooms are adequate like the places shown here. This is all very real.”

The most visited sites in Ecuador 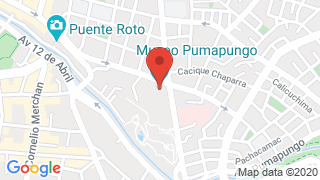