In the Cañari language, Azuay means "rain that falls from the sky", but on earth. Azuay is the architectural cradle of Ecuador, where the Spanish soul still lives, we invite you to learn more about this incredible province.

In the inter-Andean region in southern Ecuador, the province of Azuay is one of the 24 provinces of Ecuador.

The capital of the province is Cuenca

Azuay celebrates its provincialization on June 25, 1824.

The climate is variable, with  the presence of the mountainous system and also a subtropical vegetation. In the Andean zone  the average temperature is of about 19 ° C and of  26 ° C in the tropical zone.

Limits of the province of Azuay

Gastronomy of the province of Azuay

In this wonderful province, smells, flavors and seasonings that characterize the cuisine of Cuenca predominate, and which is a clear example of miscegenation.

Typical foods identify each culture in the world because they are typical of the place, there is a wide variety of cuisine that many do not know, so it is very important to know the delicacies that the Austro has, a great gastronomic syncretism.

A clear example of the delights that the austro has, is the dish called dead pig where you can taste its cascarita, fried, blood sausage and this is accompanied by mote, toast and llapingachos. Another delight of Azuay, and is one of the favorite dishes of foreigners and Ecuadorians who come to try from all provinces. This dish that consists of baked pork, mote, llapingachos and onions.

A dish that cannot be missed in the gastronomy of Cuenca is the mote pillo that mainly contains the mote, lard, eggs and we can aromatize with some herbs, this dish is also accompanied with roast pork or beef.

Among other culinary delights typical of the austro's gastronomy are: the broth of legs, corn and corn tortillas,  guinea pig with potatoes, tortillas (empanadas) with morocho (local variety of corn), chicken soup, champú,  the morocho, llapingachos, dirty maize and trout from the Cajas area.

Culture and traditions of Azuay

The first registered settlements date back 10 thousand years in Chobshi and Cubilán. It had different migratory periods from the mountains like the Cañaris. Later it was conquered by the Incas under the command of Túpac Yupanqui. The Spanish colonization occurred when Francisco Pizarro, commissioned Captain Rodrigo Núñez de Bonilla to exercise the functions of encomendero in the distribution of the Province of Los Cañaris or Tomebamba in 1538; during that period the maximum and precursor entity of the province would be the Corregimiento de Cuenca, after the independence war and the annexation of Ecuador to Gran Colombia, the Province of Cuenca is created on June 25, 1824 (which in 1835, would change its name to Azuay), which makes it one of the first 7 provinces of Ecuador. This province is the corollary of the subdivision of the former Department of Azuay. 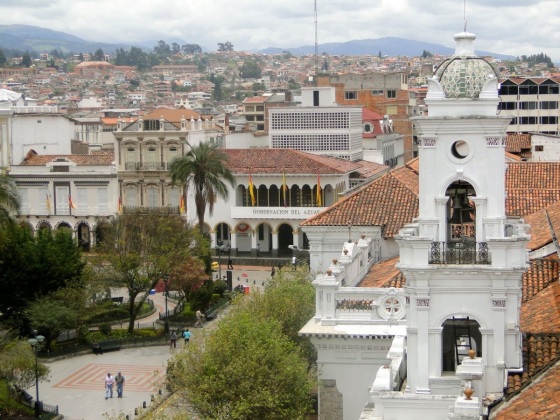 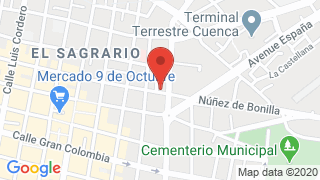