One of the most important popular festivals in Guaranda, full of tradition. Find its origin and how the Guaranda carnival is celebrated.

When is the Guaranda Carnival 2020?

Program of Activities for the Carnival of Guaranda 2020

The city of Guaranda is getting ready to celebrate its festivities in a big way. These celebrations are considered the most important nationwide, along with those of Ambato, Guamote, Chillanes, Guano, Amaguaña, Peguche, among others. The Guaranda Carnival 2020 is one of the most important festivals in the country where hundreds of national and international tourists attend. This celebration is characterized by the traditional events that take place throughout the city such as the election of the beauty queen, the Taita Carnival, the proclamation and its parades.

Guaranda will be joined by other cantons in the province such as Chimbo, San Miguel, Chillanes and Caluma, where similar events are also held motivated by music, dancers and colorful costumes. In these places, locals and visitors can enjoy and experience the joy of the dancers and their colorful costumes, as well as their parades that are a tradition of the Ecuadorian Carnival

Learn more about Carnival in Guaranda:

When the Carnival of Guaranda begins all the streets rumble in the city. Sung and danced by thousands of visitors and locals, it offers them entertainment and joys throughout the 3 days of the traditional carnival and the 3 weeks of shows and events celebrated in the capital of the Province of Bolivar.  The city of 7 hills, is full of colorful costumes, painted smiley faces, foam and water battles, as well as the traditional dishes that are an essential part of Guaranda's celebration and one of the best-known annual events in Ecuador

What is the origin of the carnival in Guaranda?

There are some versions about the origin of the Guaranda Carnival: The first is considered that the Guarangas, ancestral tribe belonging to the nation of the Chimbus, held a party in honor of their Cacique (El Cacique Guaranga) in other to thank the Pachacamac and nature. Everyone prepared with food and drink to receive the surrounding tribes who attended the party and celebrated it for three days. In the festivities he had disguised, dancing, singing songs, painted their faces with paintings, dressed in animal skins, drank chicha and corn-based foods. Many went on the roads inviting and celebrating the party, they were dancing and throwing cornmeal, flowers and scented water to the sound of music.

he arrival of the conquerors brings a Spanish party festival called "Carnival" and the Guaranga find the opportunity to keep their celebration, although disguised with another name, to continue their ancestral tradition mixed with European rites.  The second is the fable that the god or "Great Taita" had as sympathy for Carna and Valerio, the young lovers who had to marry by decision of Cacique Guaranga, seeing them asleep in the field, ordered nature to compose a music for them. Immediately the birds sang cheerfully, the wind blew their pitiful blow and the tree branches twisted whining, while the river water murmured playful and dancing. Those conjugated sounds formed a sad and cheerful music at the same time. That music, however beautiful and tender,  that the Cacique arranged, will only be performed at the Great Party. This great party is what we know as Carnival.

What is the Guaranda carnival 2020?

The Guaranda Carnival is not just celebration. This event is the occasion for the locals, the inhabitants of Guaranda, to spend time together. They make costumes, cook and feast, dance and sing in honor of their carnival, their land and their people. It is the communion between neighbors, friends, family, which is a basic value of Ecuadorian culture, frequently expressed, in the Andes, through community work called mingas. It is also the occasion for the Guarani to share their culture with each and every visitor from Ecuador and abroad.

As a beautiful and colorful manifestation and the union of 2 ethnic groups from 2 continents, Guaranda's carnival has proved, again this year, that the Andean traditions are alive.

How is the Guaranda carnival celebrated?

The Guaranda carnival, is celebrated by offering tourists the traditional Bluebird brandy and chicha (very typical drink) to be more cheerful and enjoy celebrations.

The Carnival is about aromas, flavors. Additionally,  the extensive cuisine of the time has become one of the main attractions of the city of Guaranda.

The couplets of Guaranda originate with such spontaneity in the province that the impression is that it is not the people who compose them. The troubadours compose hundreds of couplets, inspired by the snows of the mountain range to the low subtropical areas of the mountain, due to the fact that the natives sing couplets in Quichua in the moors of the Andes,

The party is complete, troupes and dances are held in each locality of the province but officially begins a week earlier than established nationally, so on Monday with the children's carnival, the couple's contest, on Wednesday the Institutional Carnival, on Thursday the University Carnival, on Friday in San Miguel and in Guaranda the election of the beauty queen, on Saturday in San José de Chimbo and in Guaranda the entry of the Taita Carnival and the Indigenous Carnival, on Sunday the troupe in Guaranda, on Monday in Balsapamba and Caluma to end Tuesday in Echeandía.

Beyond the official program, clubs, neighborhoods and institutions carry out programs until Tuesday when the holidays in the urban area conclude. After the Carnival festival in the urban area, Ash Wednesday is restarted in the indigenous communities, from there it is considered a cultural, religious, traditional and popular manifestation that is celebrated the three days before Easter Lent depending on the Catholic Church programming. 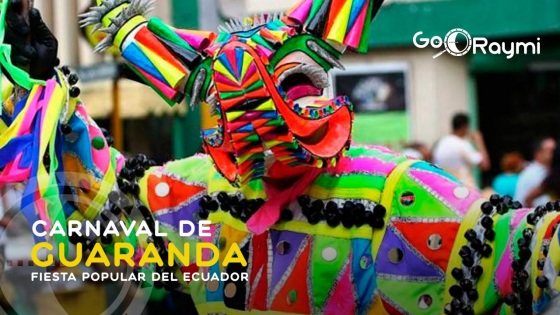 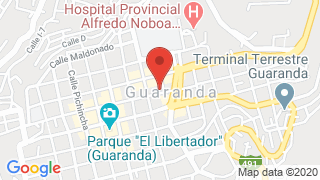