Cañar in Ecuador has the most important natural and archaeological wealth of the country, visit this magical province and live unforgettable experiences.

Cañar, part of the 10 provinces of the highlands of Ecuador, is located within the southern region of the country which is characterized by the formidable mountain barrier south of the inter-Andean alley and it was the main core of the Cañari Culture.

Limits of the Province of Cañar

Cantons of the Province of Cañar

Its climatic floors are established in the same way as in the rest of provinces of the highlands of Ecuador, that is, the climate of moorland in the high plateaus; humid and semi-humid mesothermic inside the province and tropical monsoon in the lower parts of the western foothills. Its average temperature is 12 ° C.

These products are used to prepare the typical dishes of Cañar. 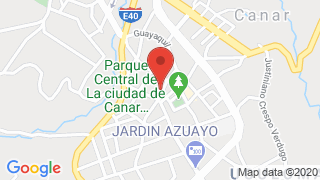