Tulcán is the capital of the province of Carchi, it is known for its grid-painted mountains surrounded by agricultural farms and livestock plots that create the multicolored mosaic characteristic of the Andes of Ecuador. 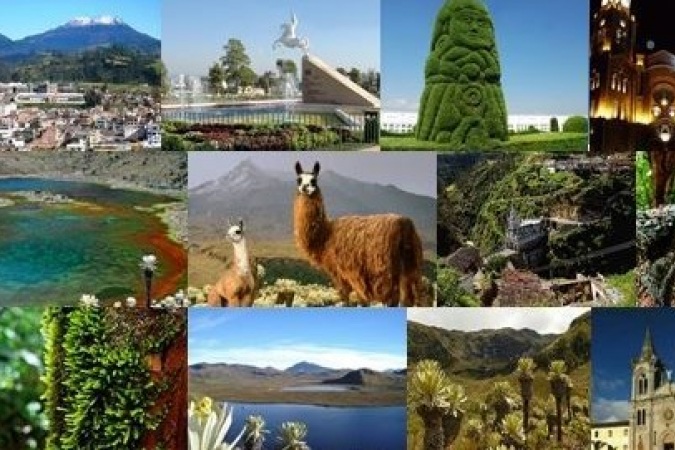 Tulcán is the capital of the province of Carchi, also called San Miguel de Tulcán, is the cantonal capital of the province of Carchi and in terms of the location of the city is the highest canton of the national territory, it borders with Ipiales, Colombia, because of that there is a migratory and economic movement typical of an urban border cone, so that its population is related exclusively in regard to formal and informal trade. Around the city we can find a large number of plots that surround the urban perimeter exposing the agricultural past of this town, the ethnic composition of the population accounts for the deep miscegenation of which its population has been participating for centuries, is that during the origin of its configuration, cultures passed through its lands Pre-Inca like La Tuza, Huaca, Tuncahuán, Capulí, Carchi and Pasto negative.

Among the charms of the “northern sentinel” of Ecuador, there are several places that attract locals and foreigners who discover in them the history of the Tulcan people and their main tourist sites:

As in the gastronomy of the province of Carchi, the popular food of this population is framed in the surrounding agricultural production, an iconic drink that shows us the use and syncretism of its population is the so-called Champús that is mostly offered in Christmas time and consists of a sweet pot that is taken cold and that is made from corn, hard maize, fruit and aromatic leaves. The drink is accompanied by pork or pasties, fritters, quimbolitos and pumpkin or guava sweets. The Pastuso baked pork and pork soup are broth its characteristic flavor.

The climate of the city corresponds to the cold sub-highland climate of the highlands. Tulcan's climate is divided into 2 seasons or stages; the winter with a prolonged rainy season and a dry season of four months where the highest temperatures occur. Tulcán always has a cold climate with temperatures ranging from 6 to 24 ° C.

Because it is 2950 meters high and is located in an Andean area with cold currents, Tulcán maintains cold conditions almost all year. From June to September the temperatures tend to be warmer, especially during the afternoon, while the rest of the year the temperature is usually cold.

The Archaeological Museum of the House of Culture maintains 740 archaeological pieces corresponding to the cultural profile of the towns that initially inhabited what is now Carchi, highlighting pieces from the Negative phase of Carchi or Capulí, Tuncahuan, The Angel or Piartal and Cuasmal, Tuza or Pasto.

Tulcán lives the most colorful and lively celebration. Many activities are carried out such as: athletic races, announcement of popular festivals, parades, cultural events, among others, are the most prominent.

Also, at the House of Culture of Tulcán we can find with some regularity a number of artistic exhibitions and presentations of local publications.

During the colony, the founding of Tulcán was the result of the reduction of two aboriginal villages by the Spaniards in the 16th century, regrouping the populations of Tulcanquer and Taques to facilitate their indoctrination and settled around the central square and its church.

Tulcán's past would also be the history of armed conflicts that left their mark over the years, both during the time of independence; where its contingent of men would be the one that determined in many cases the victory against the Spanish battalions, and also years later it would be the center of operations of the wars of Ecuador against Colombia.

One of the most notable attractions of this place is undoubtedly its cemetery, where we can find a number of sculptures made in cypress that adorn tombs and passageways of the cemetery, many of which have been made in ancient cypresses. 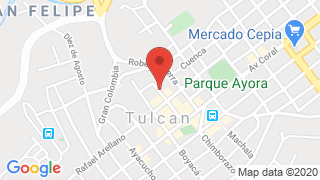 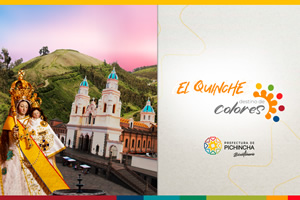