The province of Cotopaxi in Ecuador is located in the highland region. It has wonderful tourist places like the Volcano and National Park Cotopaxi. Get to know its gastronomy, culture and traditions.

This province of Ecuador is named after the active volcano Cotopaxi, the most important in the country. Latacunga is the capital of Cotopaxi since ancient times, one of the economic and most important centers of the Ecuadorian central highlands with a very rich history, culture and tradition that has influenced other nearby provinces. It should be noted that Cotopaxi is the ninth most populated province nationwide.

The economic activities of the population range from agriculture, livestock and tourism, its great territories for many centuries they were filled by a growing and very characteristic agricultural industry from the area.

Its founding date is April 1, 1851 during the colonial era, the military district was founded with the name of San Martín de Latacunga, under the administrative power of the Spaniards, the lands and indigenous would be distributed among the newly arrived settlers, part of the history of the province accounts for the work in the encomiendas and mitas that years later gave rise to three great marquisates with both political and economic influence, especially in

the most important decisions of the colony, it is known that the influence and importance that the marquisates of this province would achieve would be seen reflected in the appointment of a president of the Royal Audience of Quito originally from this land. During the independence struggle would be the marquesados themselves that would support the separation from Spain and would greatly help the libertarian process of that time. While in the republican era the corregimiento of Latacunga would be elevated to Villa and with it the Province of León is created, which brings together the now Cantons of Latacunga and Ambato.

Places to discover in Cotopaxi

The climate of Cotopaxi goes between: humid temperate, rainy wasteland andtropical subhumid miaccording to the climatic floors that conform it. The province has several states in its climate that range from the icy of the Andean peaks down to the warm humid in the subtropics, the part less cold The capital, Latacunga is located about 2,800 meters above the

sea level, therefore the blanket a mild climate, but sometimes windy and thermally cold. So you know, if you go to the High part or the capital of the province do not trust the sun and protect yourself from cold, a scarf, warm clothes is something you should pack first in your suitcase.

The gastronomic offer of Cotopaxi is based on typical dishes of the Ecuadorian highlands adapted to its context, customs, traditions and culture,  so in the province we can find the following delicacies:

Culture and traditions of Cotopaxi

Cotopaxi culture is characterized like other nearby provinces for his miscegenation and the deep Catholic faith, during the main celebrations of the province one can be observe the harmonious mixture that summons tourists from across the nation.

The parade and troupes of the Black Mama is one of the most celebrated and important festivities of this province and is known throughout Ecuador, each year summons thousands of people who enjoy the scheduled activities.

This holiday takes place in the capital of the province, Latacunga, the celebration is held year after year and consists of several iconic characters of the history of the Black Mama that make a troupe that Parade through the city streets. Everything revolves around the Black Mama representing the Virgin Mary, this festival icon should always be a man dressed as a woman riding a horse, carrying in his right hand t his daughter named Baltasara, who is a black doll and with his left hand throws a white liquid that is milk with water to the public.

This character's costume is very diverse. Other companion characters are: The Moorish King, The Captain, The Angel of the Star and The Flagman, other of the many secondary characters but very important and that interact with the attendees of the parade, are: ashangueros, the guacos, the carrillas, among others.

Like other popular festivals in Cotopaxi is the Corpus Christi. This ancient festivity takes place specifically in Pujilí, well known also throughout the nation, in it there are many dancers who dance to the sound of a quiet music and several streets become a stage of celebration.

Some dance groups from different cities of the country participate to give color and excitement to this important festival. This celebration worships to the body and blood of Christ, the customs of before conquest are merged here, the festival takes place at the beginning of the harvest season. After the celebration ends  there is a popular bull fight and other important acts within the framework of this festivity. 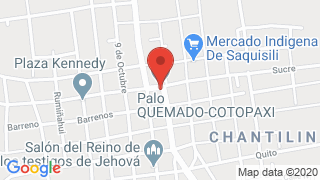