Volcanoes of the Ecuador

Ecuador is the third country with the largest number of volcanoes in the world, followed by Indonesia with 140 volcanoes and Chile with 90; Ecuador has 84  volcanoes registered so far, of which 27 are potentially active .

Ecuador is in America of the South, on both sides of the Andes, which crosses the country from north to south.

Rightly it calls the Cordilleras of the Andes, the equatorial zone “the greatest mountains of the Globe"

Ecuador is located in the “Ring of Fire "in the Pacific is an alignment of terrestrial and submarine volcanoes and oceanic faults.

This alignment of volcanoes bordering the Pacific Ocean in most of its circumference, or about 40,000 miles. This surface is called "Ring of Fire". The qualification of the country comes from its position in Ecuador.

In Ecuador, the Andes is divided into two mountain ranges called one   Western Cordillera where is highest volcano in Ecuador, the Chimborazo volcano. And the Eastern Cordillera where is located the active volcano highest in the world the Cotopaxi volcano (5897 m). The two ranges are separated by a depression of 600 km, a valley at an altitude between 2500 and 3000 meters.

The most attractive climbing volcanoes in Ecuador

Classification of Volcanoes in Ecuador

Note: A volcano can be described as "exploding" if I had explosive activity recently (a few months) without significant surface events yet.

How many active volcanoes are there in Ecuador?

To date they have been recorded 27 potentially active volcanoes in Ecuador, including volcanoes in the Galapagos Islands .

Of these, seven continental volcanoes (Cayambe, Reventador, Guagua Pichincha, Cotopaxi, Tungurahua, Sangay and Potrerillos-Chacana) and seven volcanoes in the Galapagos (Marchena, Cerro Azul, Fernandina, Santo Tomas / Volcano Chico, Alcedo, Darwin and Wolf had an explosion in historical times, ie from the year 1532. as volcanic research studies move towards Ecuador, is likely to increase the amount of volcanoes that are called " potentially active”

How many volcanoes are there in Ecuador?

Ecuador has n total number of 84 volcanoes at the continental level and seven volcanoes located at the level of the island region.

How they are called the Volcanoes Ecuador? 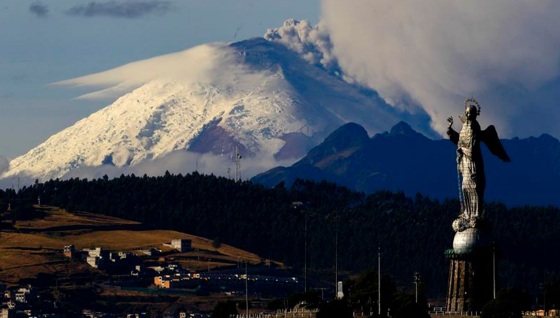 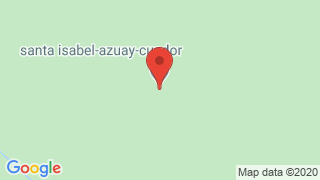