A protected area on the enchanted islands in the Pacific Ocean. Galapagos National Park, declared as Natural Patrimony of Humanity of Ecuador. It has great terrestrial and marine biodiversity. Know its location, How to get there, climate, attractions

The Galapagos National Park is located in the Galapagos Islands, located in the Western Pacific, 1 000 km west of the coast of Ecuador. The 97% of the terrestrial surface of the archipelago of Galapagos is part of the National Park, it composes it, 7 major islands: Isabela, Santa Cruz, Fernandina, Santiago, San Cristóbal, Floreana and Marchena; 14 minor islands: Española, Pinta, Baltra, Santa Fe, Pinzón, Genovesa, Rábida, North Seymour, Wolf, Tortuga, Bartolomé, Darwin, Greater Daphne and South Plaza; 12 additional islands; 64 islets and 136 rocks, all of volcanic origin.

In the insular region of the Galapagos Islands.

Galapagos National Park How to get there?

Due to the global biological and ecological importance of the archipelago, the first protection laws were enacted with the declaration of the Archipelago as a National Park in 1959 and later, as sites of global natural importance.

The islands are home to 6 species of giant tortoises, marine and terrestrial iguanas, seven species of lava lizards, sea lions, 85 different species of birds, among which we can mention: penguins, finches (13 species), albatrosses, pelicans, blue-footed and red-footed boobies, masked, frigates, flamingos, falcons, flightless cormorants, among others. And an exuberant seabed full of corals, make the Galapagos Islands an unforgettable destination.

Among its main attractions are

The Galpagos National Park occupies most of the 234 emerged land units that make up the archipelago and are scattered in what constitutes the Galapagos Marine Reserve. In 1969, the existence of the Galapagos National Park Service was officially legalized. Its organic structure was established in 1973, when its functions and attributions for the management and administration of the protected area were detailed. 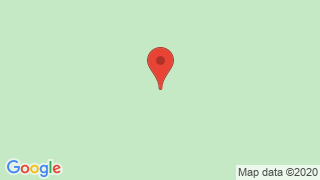