It is considered the new Ecuador’s banana capital for being the operations center of most banana companies operating in the country, know the famous city of the river.

The city of the River

A prosperous canton, located in the center of the Ecuadorian coast. Their ancestors left a laborious and peaceful town that grew by the river and therefore possess great agricultural wealth. Quevedo is among the last Andean folds and plains of the coast, it is considered the fifth most important city in the country. It is characterized by being one of the most important river ports.

Places of Quevedo to discover

The modern Central Park, has architectural details that enhance the urban landscape harmonized with green areas and a water fountain. There the concrete work is combined with nature that is another characteristic of the canton. They are also found:

The climate of the city of the river is determined by being a subtropical rainy area, its usual temperature is about 20 to 33 ° C and sometimes it reaches 38 ° C. The rains are born mostly from the east of the city (in the canton La Maná is the main epicenter). With this Quevedo has rainfall in every month of the year and its annual rainfall ranges from 3,000 to 4,000 mm.

Culture and traditions of Quevedo

The festivities of September and October are presented as a magnificent opportunity to show the best values and cultural, historical, traditional elements of the canton. It is suggested to work in a significant event, of international connotation, such as the National and World Queen of Cocoa, incorporated and institutionalized to the events scheduled in each year.

The montubio rodeo, is a festival that takes place on October 12, date of the discovery of America on the Race Day the farmer exhibits his skill, and his customs in a party that is already traditional.
The rodeo show consists of a colorful festival in which riders parade and neighboring farms horsemen compete. They are dressed in costumes that distinguish them and the essential straw hat.
In competitions men and women compete and the show begins with the parade of the riders and the choice of the "beautiful Creole" among the ladies who represent the various haciendas.
Then comes the exhibition of skills with the horses, the riding of wild horses that bump without rest while the rider tries not to be thrown to the ground. The luck of the tie is a demonstration of expertise and there are people who perform luck in various ways, including blindfold.

In 1838 the lands of Quevedo were depopulated and unused, and the nearest town was Zapotal; That is why, when Don José Camilo Calixto wanted to take over these lands, he asked Zapotal for authorization. Afterwards, Calixto sells a large part of the land to Catalina Estupiñán and together they asked the surveyor Timoteo Quevedo to do a topographic survey and division. On September 22, 1852 in Guayaquil, Quevedo rises to the category of rural parish of the Pujilí canton.

In 1857, rubber began to explode, which motivated many people coming to these lands; thus, the growth of Quevedo began.

In 1885 Quevedo happened to belong to the canton Latacunga. On October 6, 1860, García Moreno created the province of Los Ríos and Quevedo became part of the Canton Vinces. In 1861 Quevedo became part of the Pujilí canton again. But, on February 24, 1869, it is definitely annexed to the Canton Vinces.
In 1930 a large electric light plant was acquired by Camilo Arévalo Govea, President of the Parish Council of Quevedo; This plant provided service until 10 p.m.
The boardwalk of the city had an intense movement of people, horse-drawn carts, on the pier the boats: Independencia, Blanca Aurora and Rosa Elvira, made trips from Quevedo to Guayaquil, at that time all transport outside the town was waterway. Thanks to this Quevedo began to grow rapidly. It was then that numerous Chinese people arrived in Quevedo, giving rise to the largest Asian colony in Ecuador.
On October 7, 1943, the Quevedo Canton was created. In 1948, the banana boom began, with this the development of the city increased, which was growing more and more. 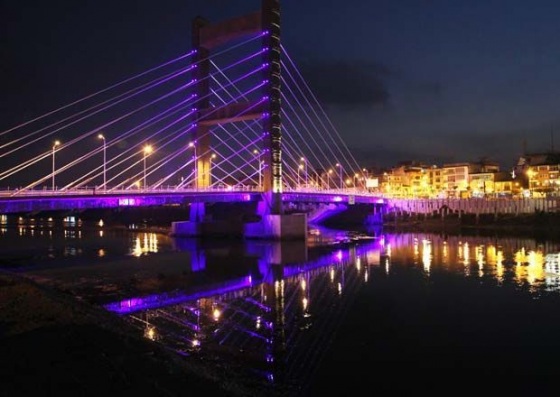 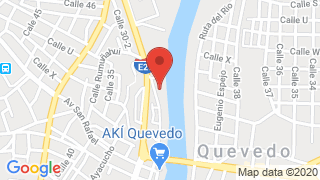