Mostecriti is a canton in the province of Manabí known as "The cradle of Eloy Alfaro", here you can live whale sightings, as well as visit the Isla de la Plata and much more.

Montecristi is a canton of the province of Manabí in Ecuador. It celebrates its foundation every June 25. It borders to the north with Manta and Jaramijó canton, Manta canton and the Pacific Ocean at west. To the south with the Pacific Ocean and Jipijapa. To the east with the Portoviejo canton.
The economy of the inhabitants of Montecristi is based on industry, agriculture and commerce. Montecristi is a population of great historical wealth for being the cradle of the famous liberal revolutionary Eloy Alfaro. It is located on the slopes of Montecristi hill, it stands out for the manufacture of straw hats, tagua, wicker and others. Since November 29, 2007, it was the headquarters of the Constituent Assembly. Being Eloy Alfaro’s birthplace, a series of historic buildings called Alfaro City was built.

Among its greatest attractions are the Isla de la Plata, famous for whale sightings,
The Cerro de Montecristi located on La Isla de la Plata.
Minor Basilica Virgen de Monserratt and Carmen de Cristo Crucificado Monastery which was built 17 years ago and is home to cloistered or cloistered nuns as they are generally called. In addition to the Eloy Alfaro’s mausoleum museum in Alfaro City.

The beautiful Shrine Our Mother of Monserrat, opens its doors to receive the thousands of faithful and devout national and foreign pilgrims, who daily come to venerate the Blessed Virgin in this Sacred Temple dedicated to her. They built in her honor before the miracle of her arrival in our beloved land, Montecristi, in the province of Manabí, the town where she chose to stay and cover it with her blessings and her love, although Emperor Carlos V had given it to the convent of mercedarios of the town of Portoviejo.

Montecristi has beautiful beaches such as:

The average annual temperature is higher than 24 degrees Celsius

It is said that Montecristi was formed during the first years of the Spanish conquest, possibly between 1536 and 1537, with settlers from Manta who left their town fleeing from pirate attacks. Among the first settlers there is a man with the last name "Criste", who would have built his house on the top of the mountain, so it is believed that the place acquired the name of Montecriste, which then, for idiomatic ease, ended up being called Montecristi. On June 25, 1822 it reached the category of canton. The territory of Montecristi reached as far as Atacames, but on October 18, 1826 the Law took away that right. During the first years of the republic, it was the capital of the Province of Manabí, but after a terrible fire, which devastated it considerably in the middle of 1867, it delivered, by decree of Jerónimo Carrión, its category of capital to Portoviejo, which conserves it since that year. 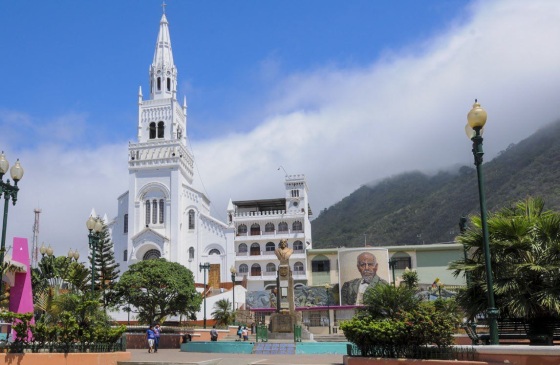 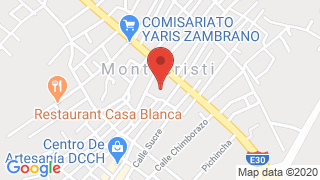