Napo is a province from the Amazon region of Ecuador, characterized by having a high biological diversity, here we show you everything you have to know about it and the incredible places you should know.

Cradle of the great nationalities of the Amazon

Napo is the territory of two majestic and very important nationalities of eastern Ecuador, the Amazonian Quichua and Huaoranis. Its production is based on the trade of resources in the area, tourism, livestock and agriculture. The large extraction industries such as timber and agriculture, deserve the name by which it is known as "Tierra de la Canela", was one of the first areas to settle and where settlements could start exporting species and agricultural products that the first expeditionaries ventured to sow.

When the Spanish conquerors founded Quito city, the presence of Quijos Province, which was consecutively called the Province of Coca, was already known; this region was abundant in gold, and expeditionaries, for their interest, set out to conquer and explore, however the Quijos people provided that the Spaniard tried to enter the Amazon land, swept them with the power of their spears, only after an agreement between the two parts, the first and oldest Amazon city, the city of Baeza, could be constituted, which for centuries would be the capital of what is now called Napo Province.

The Napo River is abundant and its length crosses from Ecuador to Peru, measuring approximately 1400 m long, this tourist place in eastern Ecuador allows water adventure activities such as:

The province has nature treasures that we should all visit and enjoy, these reveal the tangible and intangible wealth of its culture, history and traditions. Napo tourist attractions.

In all the year the rain is little. Its average temperature reaches 25 ° C. Before visiting it, it is important to take into account appropriate clothing for the stay in this Amazonian climate, the use of a mosquito repellent and blocker.

The activities to plan in the area force us to wear a hat or cap, sunglasses and in certain sections the use of boots helps a lot to reach the destination.

The song is something very representative in the province indigenous people’s tradition and culture. Each song has a peculiar meaning, many of them tell ancestors stories, also celebrations that exalt activities such as hunting, fishing, likewise the lyrics speak of usual things that happen during the day; the work in the farm, the food preparation and the raising of children.

For the Waoranis people, the songs were a fundamental part of the war. Before organizing a march of revenge or attack, the Waorani warriors sang and danced. Once the objective was accomplished and once they had returned home they sang songs that ratified the motives of the attack and the consequences.

According to some historians, the ancients knew how to sing during the day, night and dawn. Nowadays ethnic people sing mainly during the holiday season to extol their customs, traditions and stories, it is a custom that makes their past endure over time.

Some of Napo's popular foods are as follows: 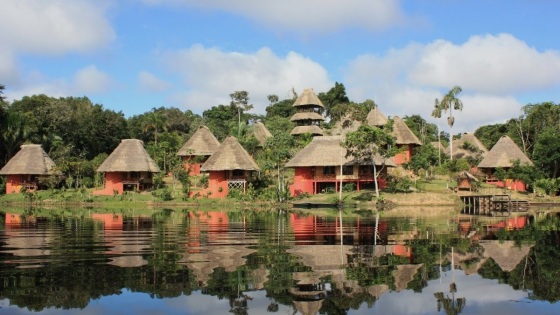 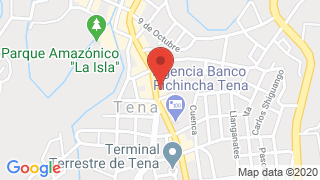