Tena - Ecuador, is a city in the Amazon that has become a central administrative, economic, financial and commercial pillar of the region, here we show you everything you can do if you visit this tropical place. 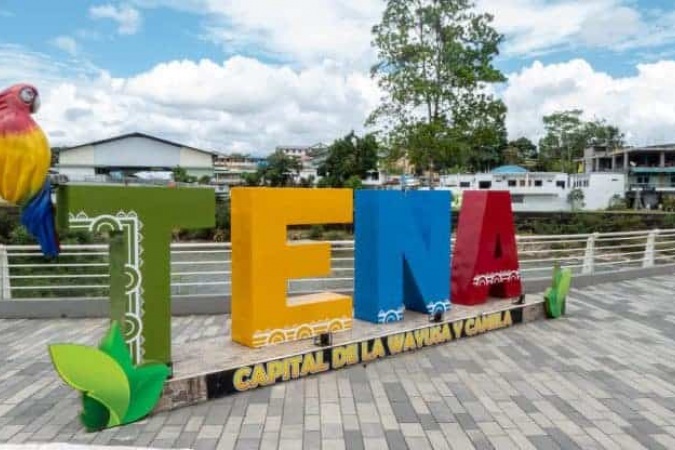 Its official name is San Juan de los Dos Ríos de Tena, its beginnings in the Ecuadorian Amazon date back to the colonial era, but it is at the beginning of the 20th century with the arrival of the Josefina Mission, which increases its population index thanks to migration, becoming a development pole for the eastern region.

Commerce, agriculture, and tourism are its main activities due to the richness of flora, fauna, beautiful landscapes and the culture of its people.

When Spanish explorers entered these lands it was very difficult to submit and seize the ancestral territory of the Quijos, just reason why they had to seek an agreement with the chief Jumandi, it is known, in principle they would be allowed to continue the exploration of more lands and the establishment of the town of Baeza, but when the abuses on the part of the Spanish colonizers to the Quijos began, this native town revolted, the fight would not have a favorable end for the Quijos. The conquerors used so much violence that they forced the natives, who had not yet been enslaved, to flee.

It is said that during the initial expansion of the Spaniards in the lands of the Quijos they established the city of Tena in the year 1560 as a town during their march in a company that would take many more years.

The city of Tena has changed its economic focus by being an active part in tourist activities that are increasing its income and revitalizing its commerce, some of the attractions of this city are the following:

The city has a tropical monsoon climate. In the whole year there are invariable rainfalls, so there is no dry season properly defined, and it has changing temperatures from 18 ° C to 36 ° C. The average annual temperature is 23 ° C.

Due to the proximity to the equator, the heat is constant in the local climate. There are no cold days during winter. If you visit the beautiful city of Tena you cannot miss the very useful repellent and sunscreen in your suitcase. A cute straw hat or cap and sunglasses will help you during the walks to the recommended tourist places.

Culture and Traditions of Tena

During the holiday period of the "Capital of the Country of Cinnamon" you can find handicrafts made by indigenous communities in the area, primarily items made of tagua, leather and materials of the territory such as seed accounts among others.

If you enjoy a trip to the indigenous communities you will be able to delight yourself with native dances and Amazonian music that accompanies the daily chores of these communities.

The House of Culture of this city also offers us a wide range of cultural expressions of its own and brought from other cantons: poetry recitals, theater, cinema, among others.

Due to the great heritage of products and spices, animals and fruits, the city of Tena offers a gastronomic culture almost unknown by foreigners but very popular among native peoples. 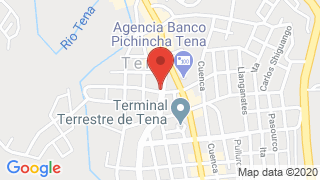