If you are in the capital of Ecuador, a must see is on La Ronda street. Discover how to get to this beautiful place and what are your best places to visit and thus relive a night of the colonial era.

The real name of this place is Juan de Dios Morales street, however, people got used to calling it  La Ronda street and that is how it is now known among the Quito people, being the most outstanding tourist spot in the Historic Center of Quito . This site is located south of the Plaza de Santo Domingo following the Guayaquil street, here the bars, restaurants and shops come alive at night and the place is recognized for it. From this point you can see a beautiful landscape where we can turn our eyes to the splendid El Panecillo .

Currently there are some restaurants with typical Ecuadorian food, literary and bohemian coffee shops, a legendary picanteria, as well as a traditional candy shop in Quito and an orphanage. Manufacturers of decorative candles, leftovers, healers, musicians, can be found on La Ronda street along with the famous canelazos from Quito and the delicious empanadas de viento.

Of the various places, two stand out in particular: House 707 and House of the Arts of La Ronda. The first is under the direction of the Salvation Fund of the Cultural Heritage of Quito (FONSAL) and has served as the setting for numerous free artistic presentations, privileging Ecuadorian music.

The House of the Arts of La Ronda is a cultural center that was created with the purpose of hosting artistic exhibitions and creative spaces for future artists, in other words, it seeks to rescue the creative spirit of La Ronda. It is located in houses 989 and 999.

Places to visit in La Ronda

Before the Conquest, it was a path of the Inca city that started from one of the Pichincha streams, called Jatuna , and carried on along the Quebrada de los Gallinazos, or Ullaguanga Huayco. At that time, this road served the old settlers to access the water of the chorrera and use it in domestic issues.

It will be in colonial times that several Spaniards located the gardens of their houses on the edge of the ravine and it was contaminated. But time would pass and for the s. XVI the creek would come to serve as a quarry, by the end of the s. XVIII both indigenous, mestizos and whites would begin to build and populate this street, and for the s. XIX the creek would be filled to become the current Av. 24 de Mayo.

But it would be from the s. XVII that La Ronda would begin to take on the reputation of the home of artisans and artists, a refuge for bohemians and misunderstandings, the latter especially since the end of the s. XIX and beginning of s. XX where bars, canteens and brothels swarmed along the entire street.

In this street they inhabited and toured several historical, peculiar and typical characters: from some of the best sculptors and artists of the Colony, the best bakers, passing through assassins, historians, precursors of independence like Eugenio Espejo, to crazy people, musicians, poets , painters and others.

By the end of the last century La Ronda was deteriorated, its houses had not received maintenance and thus, one of the most lively sectors of Quito fell into oblivion. But some years ago the Municipality began the restoration of this neighborhood and nowadays it is trying to revive the bohemian, artistic and cultural integrator spirit of La Ronda.

Tourist Places of Quito that may interest you 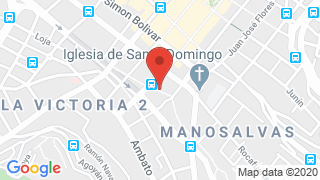