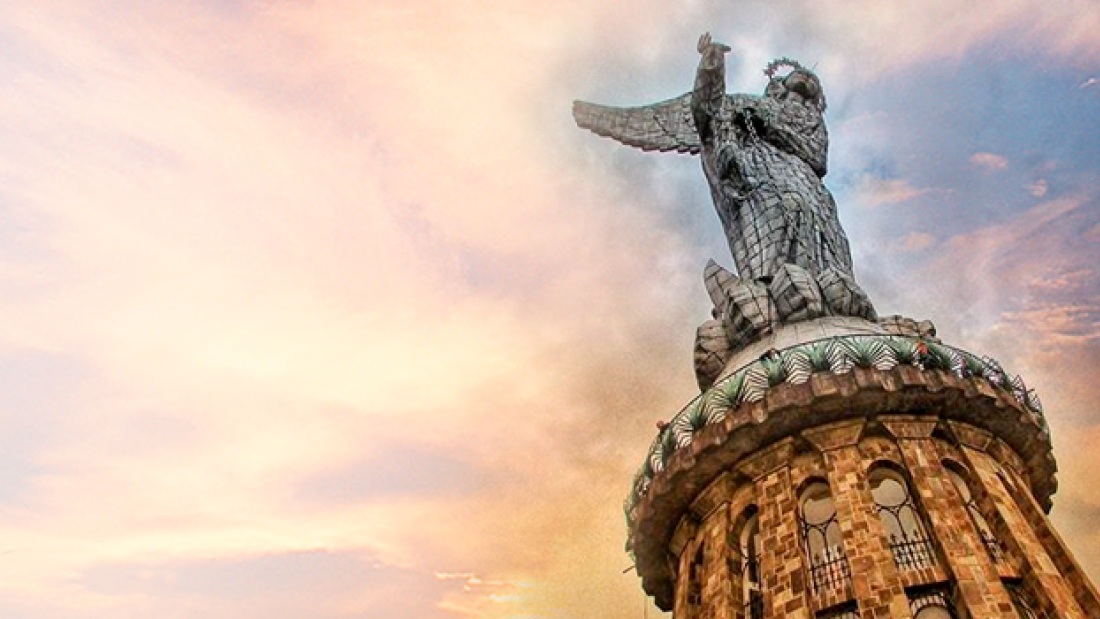 Quito, Luz de América (Light of America) is the capital of Ecuador, a city full of culture, traditions, nature and fun, it is the place where your story begins, learn more about “La Carita de Dios” (God’s little face)

Quito is the capital of Ecuador

At the foot of the Pichincha volcano, surrounded by mountainous elevations that give it its Andean landscape and culture, San Francisco de Quito lives, named by UNESCO in 1978 as Cultural Heritage of Humanity. This metropolitan city, built on streams, is characterized by the conservation of its colonial architecture, its cultural and natural wealth.

To travel Quito is to travel through several cities, its Historic Center forms a chess board composed of buildings that retain their original architecture, it is the most coherent and best preserved of those existing in the Spanish-American capitals, a unique and transcendental work.

Angels, demons, heraldry and motifs of flora and fauna are the images in stone that live in the facades and interiors of mansions, convents and churches in ornamental form. Many of these are museums or cultural centers that allow to know two worlds: the past of the place and the exhibition.

Its streets, dressed with people, calm down at dusk and invite you to meet the illuminated colonial Quito that lends itself to imagine full Spanish, mestizo and indigenous characters of the time.

Two urban components are also part of Quito: traditional neighborhoods that still retain part of their structure and where many of the customs and traditions still have a place, it is possible to observe the life of the neighborhood, laundries, shoe stores, hairdressers typical of the city and relate to games like coconuts and wooden cars; and to the north appears the modern zone, center of the financial and commercial activity.

The city of Quito is the administrative capital of Ecuador, according to recent data revealed by the National Geographic Quito holds the title of the oldest Capital in all of South America, is that speaking of Quito - Pichincha province is speaking from the most remote past from the first American inhabitants to the nearest future and their survival, such as cities that have become capitals of the World.

Quito was the first city in the world to ever win this distinction, due to its Historic Center. Many of its buildings date from 1534, when the city was rebuilt from the ashes after General Inca Rumiñahui burned the city as he refused to surrender to the Spanish conquerors.

In the city, the fusion between Spanish and Italian, Arabic, Flemish design and architecture exemplifies its unique style known as the "Baroque School of Quito".

Quito is one of the most irresistible cities in Latin America. Nestled in a long and narrow Andean valley, with the slopes of the Pichincha volcano flanking its entire western side, the city is privileged by its spectacular natural environment. The capital city of Ecuador, with its mixture of colonial and modern architecture, offers a fascinating atmosphere to those who visit it. In addition to being the political center of the nation, it is also its cultural capital, as it has an impressive selection of museums, festivals, and nightlife. Visit Quito and enjoy its Quito Tourist Places. Meet the magnificent legends of Quito stories that are born in the historic center of Quito

Quito has a variable climate in the day it can reach a temperature of 25 ° C and at night its temperature drops to an average value of 10 ° C. On the same day it can be sunny and then have rainfall that lowers the ambient temperature. Even on sunny days it is advisable to have something to shelter and protect from the rain. The summer season is considered from May to September, and the winter season is from October to December.

As it is the case in all of Ecuador, the cost of living in Quito is quite low. Needs such as food and public services are cheap in the city. Most residents do not own a car, as they can easily walk or use public transportation.

Ecuadorians are warm and friendly people

Ecuadorians represent a large part of what makes the country so unique. They are made up of people of European and African descent, as well as 13 different indigenous groups, many of whom maintain their ancient language, clothing and customs.

What all Ecuadorians share is genuine warmth and hospitality towards others and foreigners alike. The locals are patient with newcomers who are learning the language, which softens even more the transition between the old and the new.

What all Ecuadorians share is genuine warmth and hospitality towards others and foreigners alike.

As the cultural capital of the country, Quito has no shortage of cultural events and exhibitions. Options include symphonies, concerts, museums, art galleries and much more. Prices vary, but rarely reach USD $ 20 (and many are free).

In addition to its modern attractions, Quito and its surroundings also offer the opportunity to enjoy local culture. Many indigenous groups continue to practice ancient traditions and sell authentic handmade products in local markets.

Quito´s efficient modern transportation makes for everyone easy to mobilize

From arriving there to moving once you arrive, transportation is not a problem in Quito. It is accessible by direct flights to the most recent international airport in Latin America, Mitad del Mundo (UIO), and can be reached in less than four hours from many cities in North America.

Once in Ecuadorian territory, most tourists are extremely satisfied with the availability and access to transport.

With the comforts and cultural attractions that Quito has to offer, along with its accessibility, it is easy to see why Quito is still a popular option for those who wish to visit or move to Latin America.

Quito’s gastronomy has not only absorbed culture and traditions from the rest of the Country, but they have also made the recipes very adapting to the city’s reality.

But in Quito you can also get typical food from Ecuador the delicious ceviche, horchata, tonga, churrasco, roasted guinea pig, shrimp empanadas, among others. The magnificent flavors where the regions of the mountains, the Amazon and the coast meet.

Quito cultural expressions are varied and they are the order of the day, you can easily find in the daily offer of the city: theater, painting, literary exhibitions, cinema, etc. It is the richest city in Ecuador in terms of expressions and cultural offers, you can easily find offers for all types of audiences and tastes. Regarding traditions and popular festivals we can highlight the following:

Most visited tourist places in Quito

Archaeological traces speak about the historical importance of Quito in the origin of pre-Inca cultures and life in the region, as there are vestiges discovered by archaeologists dating from 1030 BC and that would correspond to nomadic groups that hunted, fished and lived in the sector known as the Inga

In the time of the Incas and after the submission of Quitus and Caranguis, Atahualpa, the last emperor of Tahuantinsuyo would place Quito as the second capital of the entire kingdom.

During the Spanish conquest, what would motivate the foundation of San Francisco de Quito rumors had it that after Atahualpa’s death, the treasure of the Inca monarch was located in the territories of Quito, which is why the Spaniards motivated by their greed and their desire to break down the political and religious system of Tahuantinsuyo located the city in the territory of what is now known as Quito.

The foundation of the city took place on the ashes of what General Rumiñahui left, who burned the Inca city before the arrival of the Spaniards with the sole objective of leaving nothing that the conquerors could use.

In independence time, Quito would be the pioneer city in giving the first cry for independence that would motivate the entire region to articulate all subsequent libertarian processes that would degenerate into the Spanish Colony’s political and administrative change.

Quito is the only city in South America that maintains many of the colonial structures in its almost intact historic center, which is why in 1978 it would become the first World Heritage City. Other titles that the city holds are: 2011 it was declared the Capital of American culture, and has also won the World Travel Award on more than one occasion, an award given to the best tourist destinations in the world. 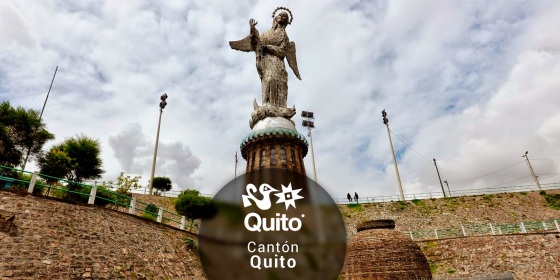