It harbour one of the most impressive attractions of the Amazon. It is a tourist place full of stunning landscapes due to its great biodiversity

Sucumbios is the Amazonian Province that shares a border with Colombia and Peru. During the last decades of the 20th century it would become an important province due to the oil exploitation fields installed in its territory, this has led to migration and substantial economic exchange from Colombia to Ecuador. The Sucumbios territory historically known as part of the province of Quijos at the colonial epoch, later it was annexed to the great Amazon region of Ecuador during the republic times. On 1989 Sucumbios experienced a provincialisation process, as result of a increasing infrastructure requirement in consequence of the increasing population because the hydrocarbon extraction.

Sucumbios guest some of the most impressive tourist attractions in Ecuador, its community resorts offer unique experiences in keeping with nature and ways of life of its native inhabitants.

community of the province, for example the chicha based on chonta and cassava, there are also examples of convergence, the new wave of migrants arriving to this territory provoke a mixture of cultures and regions, the palmito ceviche which is the evolution of the classic ceviche of the coast but with a new main caracter. Palmito is a vegetable, it is a product obtained from the bud of a Brazilian Palm, this has a foreign origin but when it was brought to Ecuadorian territory It proliferated brilliantly in Amazonian territory.

The upper part of the territory has a wasteland climate, as it descends to the Amazon rainforest, it is modified due to the altitude, humidity and wind, which make it a humid tropical climate, very hot. The average temperature is 28 degrees Celsius in large part of the year, reaching a maximum of 34 degrees in certain months.

There are beautiful traditions in the communities that have remained despite the years and the arrival of new inhabitants with Western customs, one of those traditions is kept alive the

respect for nature, the villagers say that according to Shiwiar beliefs spirits are found everywhere, in the forest, in the farms, in rivers and lagoons, and so on. Every aspect of Shiwiar life has its own spirit and they sing to each one. With these songs the Shiwiar

strengthen their relationship with spirits and guarantee a good life for their families, this belief makes all aspects of the community, including aspects such as food preparation and the cultivation of certain products come accompanied by rites and gratitude to the spirits that

Are giving prosperity to this land.

In the mid-20s the Ecuadorian state would designate Sucumbíos as the most remote place in Ecuadorian territory and It was named as a place for catholic mission, this was the reason why in the year of 1927 a delegation of Carmelite brothers arrived to evangelize the territory, The relevance of the Catholic mission in the territory relapse in the efforts of the mission for bringing colonization and viability to the wild territory. Even in nowadays part of Sucumbíos is considered as a transit route and habitat for uncontacted indigenous communities.

The province harbor a significant amount of indigenous nationalities in its territory: Shuar, Cofanes, Sionas, Secoyas, Awá and Kichwas, which are the descendants of the original settlers of this vast territory.

Kichwas: Their language is Kichwa, they are engaged in agriculture, hunting, fishing, they have as main economic and subsistence activities traditional roaming and burning agriculture in the orchards, in addition the exchange of products and crafts. They currently have incorporated to his activities the cattle ranch and the ecotourism, they are based on Limoncocha, Santa Elena, Cuyabeno beaches.

Siona: They belong to the linguistic family of the Western Tukano. They are located on the banks of the Tarapuy, Cuyabeno and Aguarico rivers. They currently share their territory with the Secoyas. Its economy is based on itinerant agriculture, they grow cassava, corn, rice, chontaduro, bananas, pineapples and oranges, complement their diet with fishing and

to a lesser extent hunting.

Secoyas: Their language is Paicoca, they live in the Eno community, parish

Shuar: Its language is Shuar, it is distributed through the communities Charap, Iwia, Taikua, they are engaged in hunting, fishing and seeding of orchards, under the technique of rubbing and rotary burning and pottery

Cofán: Its language is ai-cofán, its economic activity is based on the hunting, fishing, agriculture with the planting of bananas, cassava, cocoa; further. They make spears, necklaces, bracelets, earrings with seeds offered by the nature. They are settled in the  Zábalo community on the riviera of the Aguarico, Sinangué, Dureno

Awá: The Awá community is conformed by the possible last descendants of the aboriginal natives of this region, maintain their traditions cultural within an exquisite semi-jungle, binational vegetation and colomboecuatoriana. Its language is Awapít, it belongs to the family Linguistic Chibcha, it is part of the Mesla de los Sindaguas dialect. The 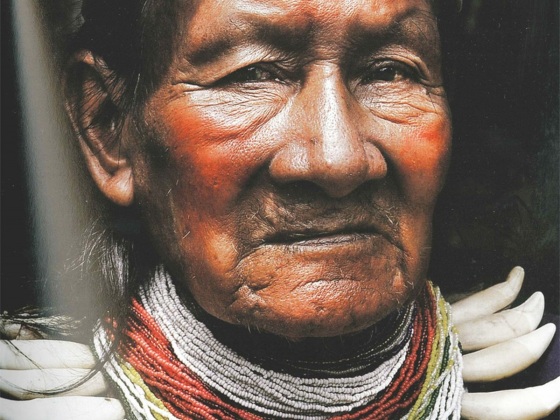 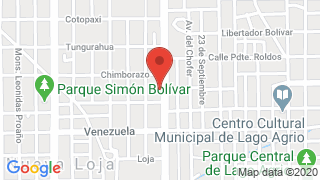