The Giant Clock of Zamora is one of the main tourist attractions of the Ecuadorian city of Zamora, considered one of the largest clocks in the world.

The Zamora clock is an icon of the city of Zamora, known as "The biggest clock in the world". The area is called the hill of "El Tejar" and occupies an area of 1,600 m2 in a decline, reinforced with a mesh to prevent erosion of the area.

The construction of the watch was made with the following materials: for the clock hands the metals were chosen according to a unique computer program. The stainless steel used in the machines includes chrome, nickel and other alloy materials, so that it is more durable in the environment, so that the weather does not harm you. The clock is a work of architecture and is a decorative attraction of the city.

South of Zamora is Zamora's natural clock is located south east of the city, on the hill called "El Tejar".

Includes an area of 1600 m2 of slope, which was suitable with a geogrid that prevents erosion throughout this surface. The length of the minute hand is 14.67m and has a weight of 375 Kg; while the horero has a length of 11.07m and a weight of 325 Kg.

The main control of the clock is electronic and handles all functions such as on the main engine, sound reproduction and lighting. The accuracy is 1 to 2 minutes in advance or late in the year.

It is composed of a musical reproduction procedure that is disseminated with an amplifier and it is possible to listen to the Zamoranas music that plays every hour from 5 am and so on until 9 pm for 19 to 20 seconds. The sound of the bells diffuses from 5h00 to 22h00, this is produced by tuning, amplified in turn by two highly sensitive microphones.

In the event of a power failure, the watch has a battery bank that supports the energy for a period of 10 hours. On the sides of the clock two towers have been erected where the speakers are installed. The diameter of the watch face measures 15 meters radius, in the center is the machine room. It is made up of a mechanical part and its coupling is characterized by the fact that it connects and handles the hands; This gear is moved by an action of forces, the force comes from an engine that turns on in 6 seconds every minute. Between the bar that moves the hands and the mechanism a special ruliman has been placed that will facilitate the vibration during an earthquake.

The entire contour of this sphere is decorated with ornamental plants: 5,200 plants of Dutch grass, white color that in the interior region covers the first central circle; 500 m2 of Filipino grass, green color that occupies the second intermediate circle and 35,800 Chinese tea plants, yellow color that covers the outer circle and complements the circumference or dial of the clock; all this in order to give the appearance of the colors of the flag of the province. For the conservation and care of this ornamentation 4 water sprinklers have been placed. 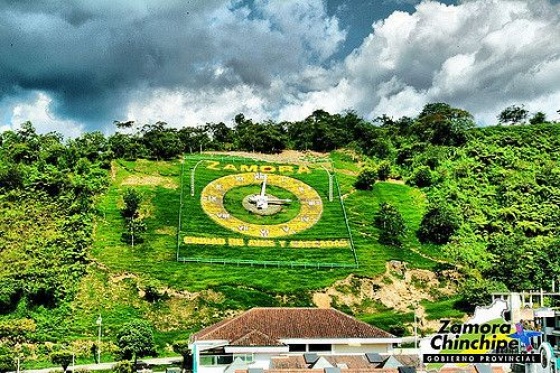 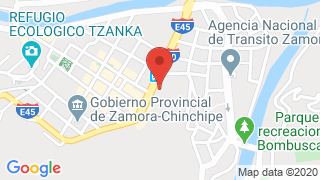