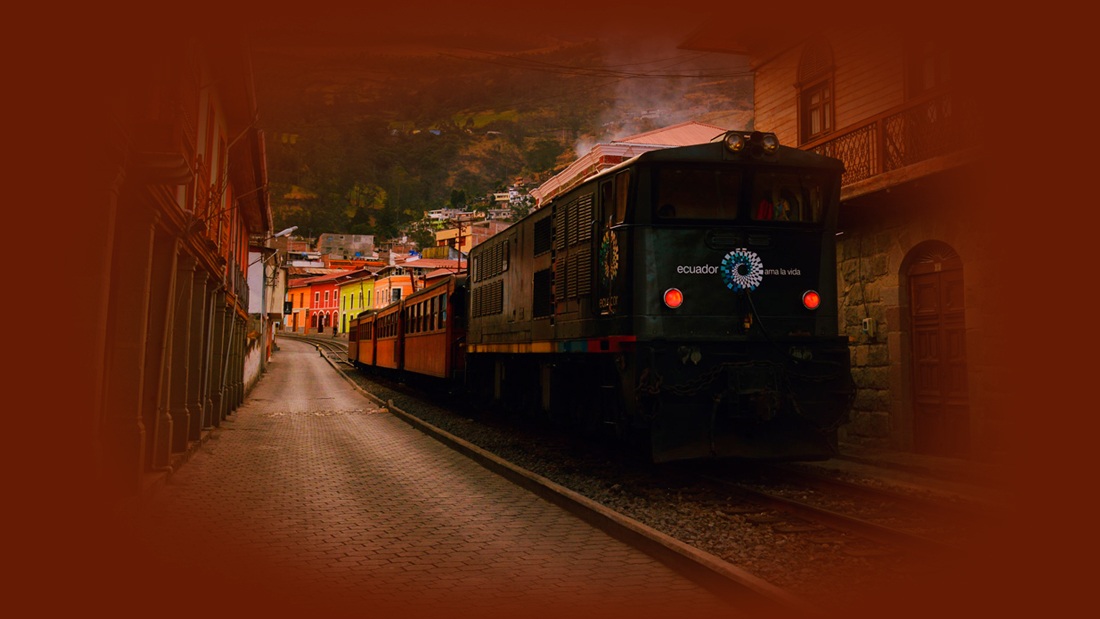 Alausí is a canton of the province of Chimborazo. Its biggest attractions is to experience the adventure of the rail trip through the Devil´s Nose.

Alausí was declared Cultural Heritage of Ecuador in 2004, by UNESCO. It is also known as the Canton of Five Heritages because it possesses: Cultural, Natural, Architectural, Archaeological and Railway heritage.

Alausí means "House of great esteem and darling." Alausí, magic town from the province of Chimborazo where its historical train station stands out as its main attraction. This old station is still used, and is the last stop that makes the train following the route Riobamba - Alausí and on its way crosses the legendary Devil's Nose (Naríz del Diablo) .

Some days Alausi slows down and becomes a sleeping city, there isn’t much to do for tourists, unless it is a market day.

Location of Alausí, is located half an hour from Guamote.

Activities that can be done

If you are stranded in Alausí on a random day, go try an excursion or go for a day of horseback riding. The tourist information office can point you in the right direction. The view from the church is also worth the walk.

Handicrafts, hotels, coffee shops and markets became places tourist and areas to be distracted. Crafts are much appreciated.

Aurio Cevallos, 83, sits every weekend next to the main square of Alausí, one of the cantons with more cultural identity of the province of Chimborazo  He enjoys the excitement of those who are mobilized by the beautiful and historic train station, where in a relaxed day General Eloy Alfaro headed to the capital, city in which he would find death just hours later.

Don Aurio sometimes closes his eyes and memories come back by just listening to the railway horn. As a child, his father traveled to Durán, Guayas, where he worked as a day laborer in a nearby farm. He used to return every 15 days on the rails. He brought him panela sweets that he longed for. “That sound, he remembers, transports me in time. Before, the train was a necessary means of transport, today it is for tourism, but we still enjoy it and causes me nostalgia for the childhood years ”.

The train first arrived in Alausí in September 1903; it started the economic and social change of this town that, due to its strategic location as it was a key connection point between the Coast and the Sierra. Today this same attractive generates direct jobs, because of the annual visit of more than 70 A thousand tourists. On weekends it is possible to see the development generated by the train reactivation and rehabilitation.

Its wide and well-marked streets receive thousands of people who are looking to be photographed somewhere attractive. Crafts, hotels, coffee shops and markets became tourist attractions and spaces to be distracted. "Is very pretty. Trade is everywhere and the local people know how to take advantage of that. As tourists we like to wear memories and there is everything here, ”says Marcia Bustos from Quito.

Until December 2015, Ferrocarriles del Ecuador generated 5,497 stable jobs related to tourism in all its routes.  The Alausí- Sibambe-Huigra created 950 jobs and 122 productive units. The most popular route for local and foreign visitors is the Alausí-Sibambe, 13.5 kilometers long, over 2,800 meters high.

There is the legendary Devil's Nose, impressive mountain that charged the life of many workers during the construction of the Ecuadorian railway. That is why it is known as 'the most difficult train in the world’. “Our city is beautiful. Every weekend people come from everywhere; the crafts are also much appreciated, ”says Mayor Manuel Vargas.

The geography of Alausí, the most extensive canton of Chimborazo (1,644 km²), includes tropical valleys and moors. Its popular festivals, especially tSan Pedro, at the end of June, attract thousands of people, many of them, people from Alausí living in other cities and abroad. Alausí is known as the city of the 'five estates': railway, cultural, natural, Archaeological and agricultural.

In its jurisdiction are the 35 lagoons of the Ozogoche system. It has archaeological attractions, such as the Inca Trail and the Petrified Shells in Santa Rosa de Chicho Negro. According to the Patrimonial inventory of 2008, Alausí owns 155 assets including 60 houses, some of them with more than 200 years of age. The remarkable architectural beauty of Alausí is evident when walking through its streets and squares. Influenced by its early railway connection with the Coast, this peaceful Andean population had great Arab and Baroque influence in their homes. Alausí is a beautiful city with a lot of history. Well worth a visit. 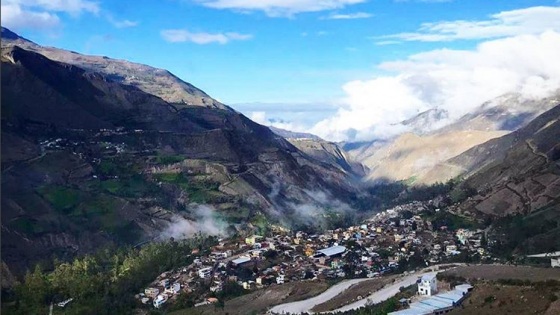 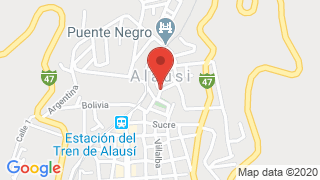