Floreana a Galapagos island. Pink flamingos’ habitat. Sea turtles are found on this island. The first island to be inhabited in insular Ecuador. 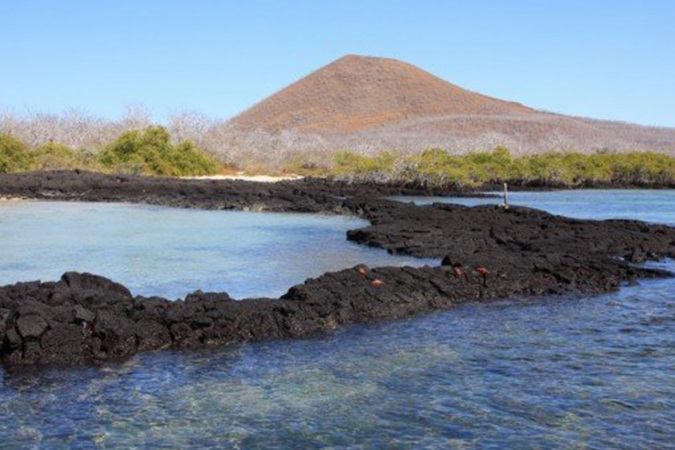 Island of Floreana is named after Juan José Flores, the first president of Ecuador. During his government he took possession in the archipelago. It is also called Santa Maria after one of the Christopher Columbus´s caravels. It has an area of ​​173 km2 and a maximum altitude of 640 meters. This is one of the islands with the most interesting human history and one of the first to be inhabited. Pink flamingos and green sea turtle nests are found on this island. It is also here that you find a nocturnal bird that spends most of its life away from the earth.

Floreana Island How to get there? To get to Floreana Island, you must first take a flight to the Galapagos airport on Baltra island. Once you arrive at the Seymour Airport, a transport is chosen to reach Puerto Ayora, in this case a water transportation. In Puerto Ayora you have some water transportation options: boat or ferry or water taxi that will take you to Playa Negra which is the entrance to Floreana Galapagos.

The journey lasts approximately 2 hours and a half. The costs vary between $40 and $50, but if you have companions you can share the use of transport with other tourists.

Floreana Island, Galapagos.- It was the first Galápagos island to be occupied to live in. The island  history is very exciting because it includes a mystery in the death of some residents that have not yet been resolved. If you are interested in the whole story, you can read Margaret Wittmer's "Floreana" book. She lived in Floreana for over 60 years and died at the age of 95 in 2000. His descendants run a hotel on the island to date.

Floreana is economically active in tourism, we recommend some tourist attractions that you can visit.