The Antisana volcano the most difficult mountain to climb in Napo - Ecuador. Discover here its location, how to get there, tourist attractions of the place, eruptive history of the volcano, weather 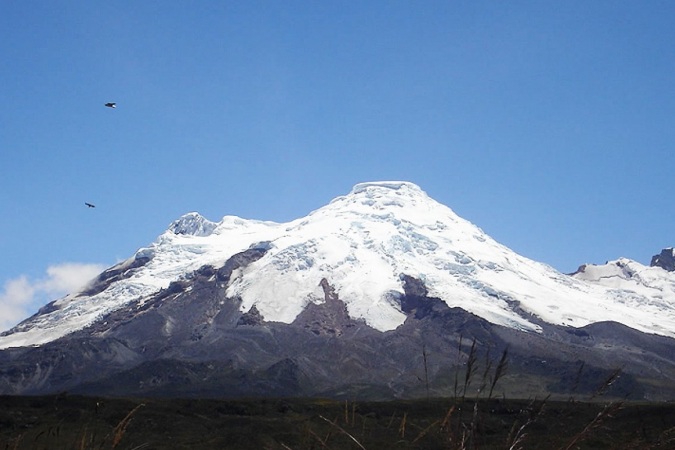 The Antisana is the fourth highest mountain in Ecuador and is also known as one of the most difficult to climb due to its glaciers and changing crevices that do not allow to define a standard climbing route.

It is located in the eastern mountain range of the Andes, 93 km (56 miles) 0 2 hours by car from Quito, taking the Viva Route, then the E35 to Pintag, from here the road to the Ecological Reserve has good conditions.

From the guard of the Antisana Ecological Reserve there are several routes of different difficulty levels that go along La Mica lagoon and are suitable for hikers and nature lovers. These routes offer an excellent view of the lagoon, the mountains around and on clear days a spectacular view of the Antisana. The weather changes very quickly, so waterproof clothing is recommended.

What does it take to get to Antisana?

To reach Antisana volcano top, technical and climbing equipment is required. It is recommended for experienced mountaineers. To make summit 51 a 4X4 vehicle is needed to reach the base of the mountain, also  two special permits are needed

Permitted Activities in the Antisana

Note: There is no shelter on this mountain, however camping is allowed.

It is an active volcano that has grown on a previous cauldron. It is estimated that it has an approximate age of 800,000 years. It is known that it has not erupted but lava flow found in its environment is due to cracks of the volcano.

Antisana, Ecuador.- It is a stratum volcano formed on the remains of a previous caldera with a diameter of 1,800 m that opened towards the east, recent lava flows can be found both on the flanks of the volcano and in the vicinity.

The Antisana-Volcan is located in the limits of the province of Pichincha and Napo, in the Real mountain range at a distance of 50 km southeast of Quito and 30 km west of Baeza. This huge massif is 5,758 meters high and 14 kilometers long.

Antisana Volcano How to get there

To Mica. Take the Quito - Sangolquí - Píntag route. From the central park of Píntag, continue along the road to the Antisana volcano (suitable for all types of vehicles) until you reach La Mica checkpoint which is 35 kilometers and 45 minutes away (from Píntag).

Al Tambo From the Quito - Papallacta road (73 km) you reach the Valle del Tambo community, 5 kilometers before Papallacta, from where it connects with the well-known “Ruta del Cóndor” and the reserve control booth.

Eruption of the Antisana Volcano 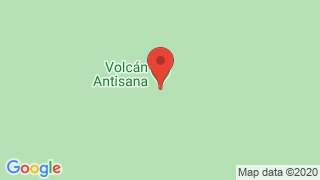